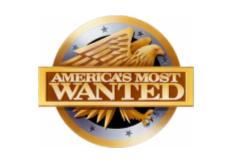 On September 25, a 14 by48-foot billboard will be installed at 3525 South Wilmington St (north of Tryon Road), in Raleigh.

The billboard shows a policesketch of a suspect, a photo of the victim, and asks “Who Killed Jennifer Nielsen?” A toll-free number is provided for tips from the public(1-800-CRIME-TV).

Nielsen, a 22-year-oldmother of two, was found dead early June 14, 2007. She was delivering USA TODAY newspapers in Raleigh; she was eight months pregnant at the time of herdeath.

Since 2005, the outdooradvertising industry has partnered with America’sMost Wanted to help police find fugitives. Fairway Outdoor Advertisingdonated the billboard space in Raleigh as a public service.