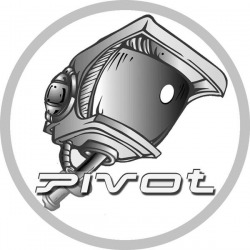 Pivot is a group in relentless pursuit of perfection and constant change. Its members share more than just a passion for their work. They have a sense of urgency in re-inventing themselves with every word put to paper or note put to tape.

The Dream: A 4 song E.P. that brings to light a band with a story to tell and the skill to tell it. Driven rhythms, colorful riffs, and fluid harmonies intertwine throughout this latest release.

The Dream is not only a collection of songs, but also a live concept. Their live show incorporates simplistic visual effects that tie sight and sound into one. Pivot will leave its audience making plans to see the next show. This band is quite simply interested in one thing...creating good music.

Influences Led Zeppelin, Faith No More, Pink Floyd, Rush, U2, The Police and many many more!

-#2 for 2 months at USA Network's FarmClub
-#1 for the third and final month of USA Network's FarmClub. Announced on USA network for 3 months as one of the top 5 unsigned bands in the nation by Matt Pinfield from MTV
- Accepted to showcase at The Masquerade for the Atlantis Music Conference 2004 in Atlanta, GA.
- Accepted to showcase at the Millennium Music Conference 2004 in Harrisburg, PA.
- Sponsored by Pork Pie Percussion, Dirt Bag Clothing, and partial JagerMeister sponsorship. - Played the Ernie Ball Local Heroes Tour
- Sound bites were recorded and used by a National franchise (Krystal Burgers) for a nation wide commercial.
Sponsorships: